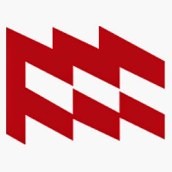 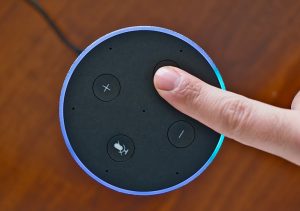 Thanks to the growing popularity of smart speakers, most radio stations are keyed into the importance of Amazon’s Alexa and Google Home. Federated Media is a leader in this space, with B100 widely recognized as the first radio station to launch an Alexa skill. Now, as consumers adopt more smart devices, radio stations need to think how voice-activated technology is changing how and where listeners consume audio. Voice tech is creating new listening opportunities throughout the home, in cars and even on wearables.

“Radio is also benefiting from the technology revolution. It’s added more and more ways to listen to the radio on hundreds of new platforms and thousands of new devices, from smart speakers to smart TVs and game players,” iHeart CEO Bob Pittman noted in a recent interview.

The Apple Watch has become a surprise go-to device for podcast listening. According to a report from podcast tech firm Megaphone, the Apple Podcast app on the company’s watches attracted more downloads than several well-known listening apps, including Stitcher, Castbox, and Overcast, and more than smart speakers. Apple Watch users are listening in the early and mid-morning, presumably while they work out and commute, Megaphone noted. And Watch users are particularly interested in health, religion and spirituality podcasts. Smart watches can also be used to stream audio.

Cable and satellite companies are integrating voice into their controls, such as Comcast’s Xfinity X1 remote and Dish Network’s voice remote, which allow users to ask it to play music and podcasts. Consumer electronics giant Samsung is adding voice capabilities to appliances, allowing users to stream audio while they do laundry or unload groceries.

3) Talking to Your Car

In cars, voice-activated systems like Apple CarPlay, Android Auto and Amazon’s Alexa are making it easier than ever for drivers to ask for audio. Wherever consumers are using any — or all — of these to stream audio, there’s an opportunity for radio to gain more listeners.

Of course, the device that brought voice to many consumers, the smart speaker, continues to be a top-seller. About quarter of  Americans now own a smart speaker, up 78% in the last year alone, and one-third of users actually own multiple speakers, according to Edison and NPR research. For instance, Edison Research recently noted that smart speaker owners do not use their devices very often for podcasts, creating an opportunity to encourage more listening. By directing listeners to try out podcasts on speakers, stations can promote both their skills and their content.

While your station isn’t necessarily going to create audio for smart appliances or watches, it is wise to pay attention to trends and how they impact audio consumption. Your radio content can get new life on these platforms. For instance, several Federated Media stations already time-shift radio shows as podcasts and that could easily be streamed on voice-activated devices.

Of course, don’t forget to promote your voice integrations on-air and online. Promos can be informational, encouraging listeners to test out your voice skills, and you can also tout voice as a new way to listen. New devices and voice-activated technology are changing how and where people listen to audio. As leaders in audio programming, radio stations need to be everywhere a user might ask for their content.