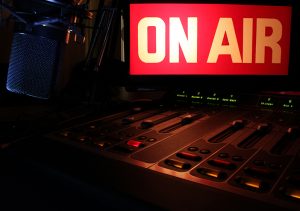 Podcasting is the hottest topic in media and will good reason — the audience is growing rapidly and reinvigorating audio listening and advertising.  A new study from Edison Research, “The Podcast Consumer 2019”, reports that half of all Americans have listened to a podcast and one-quarter have listened in the last week. Those numbers back up Edison’s powerful claims that podcasting is officially a mainstream media.

And Americans aren’t just trying out podcasting, they’re listening to more shows than ever, with 41% saying listen to more podcasts than a year ago, Edison said. The average user tunes into seven shows a week.

As podcasting gains ground, radio stations are responding with more content than ever. Federated Media stations offer both segments of radio shows for on-demand listening and original podcasts in popular genres like news and sports. AM/FM stations can lean on their local expertise and well-known hosts to create podcasts.

But competition is growing quickly. Independent podcast producers are pumping out shows, and with the pure play digital audio companies — namely Spotify and Pandora — are doubling down on podcasts. While many users turn to Apple or Google for podcasts, Spotify and Pandora are becoming popular sources for listening,  with Edison reporting that 43% of podcast users saying they stream shows on Spotify, while 35% listen via Pandora.

To stay ahead, radio needs to focus on its best assets and apply them to podcasting. You can create podcasts based on programming you’re already creating or ties in your communities. Also, stations can create podcasts for underserved audiences, including African Americans, Hispanics and women. In its report, Edison noted that these groups are underrepresented in podcast listening.

To find ideas, the key is to communicate with your staff — including hosts, producers and even sales people — to see what they’re passionate about and try to build an audio community around those in-house experts. There’s nothing that says radio podcasters have to be your morning show hosts (although they should be a go-to for podcasting, with 60% of listeners saying they’d listen more if a show was hosted by a well-known personality!)

Radio stations with music formats may enjoy some particular opportunities in podcasting. According to Edison, music podcasts are the most popular genre, with 39% of monthly listeners saying they’re interested in shows about music. For spoken-word stations, 36% of listeners said they like news and current affairs shows, while 31% like sports and 30% are interested in food content.

There are opportunities to create podcasts for where people listen. For instance, 90% of podcast listeners said they tune in at home, while 64% said they listen in cars, 49% listen while walking around,  and 43% while working out. Stations could create lifestyle podcasts that target home-based activities, such as cooking or home improvement, or fitness and lifestyle podcasts for gym listeners. Local guides, such as restaurant or shopping shows – could target listeners on-foot around town.

To help encourage podcast ad sales, the Edison report included a number of promising facts about podcast listeners. About half of all podcast users said they’re more likely to consider buying goods or services from brands they hear advertised on podcasts. And nearly half of all listeners said they’re completing entire podcast episodes, meaning they’re likely listening to ads as well.

Right now, the lion’s share of podcast users — 65% of users — are  listen via their smartphones, while only 10% stream podcasts via smart speakers, Edison says. Given the fact that 25% of Americans own smart speakers and the audio industry is increasingly focused on smart speakers, this figure is expected to climb, Edison’s senior VP Tom Webster noted. Radio stations should promote both smart speaker skills and the availability of content like podcasts, so they don’t miss out on listening opportunities. “If you aren’t being consumed on smart speakers you are increasingly being marginalized on a growing and very important device to consume audio,” Webster told Inside Radio.