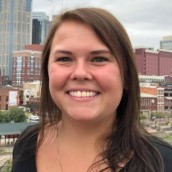 Krystal Vivian is the director of Federated Media Engaged and host of the Flavor 574 podcast.

Nearly every week around the Federated Digital Solutions office, there is a common refrain that we say and repeat whenever we work on digital projects:

“People want what they want, when they want it.”

It’s a simplified phrase to recognize a rising on-demand culture. We often hear from employees with younger kids that their children will never know a world where that claim isn’t true.

In the spring of 2016, Federated Media embarked on a new journey in response: starting a podcast network.

It wasn’t because we considered it a fad, though. It was the purest connection between our core business—radio—with a rising on-demand culture. It was a bet on interactivity, younger generations (millennials and Gen Z primarily), and our consumers’ desire for wanting content “now.” If anything, this bet was indicative of the ones we’ve been making for years at FDS.

Over a year later, we can say we made the right one. 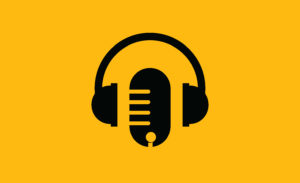 In the fall of 2017, Edison research came out with some statistics related to podcasting that match why we got into the business in the first place. While talk radio still is the primary way Americans 13+ listen to spoken word audio (69%), podcasting has reached 11%. When it comes to a younger demo, that podcasting number spikes to 25% (for those aged 13-34).

Amongst radio listeners, though, the numbers are even higher. According to Jacobs Media’s TechSurvey 12, monthly podcast consumption by those that listen to radio was 21% in 2015 and jumped to 28% in 2016—an increase of 33% in just a year.

Even more interesting is how people that listen to spoken word absolutely love the format: for talk listeners, it’s a nearly 50/50 split between their music and talk consumption. Knowing this, as more people are exposed to podcasting, there’s no question total talk consumption will increase.

More than anything, it’s the technology that’s contributed to this rise in podcasting. Early adopters to podcasts (myself included) had a more difficult time consuming the product a decade ago, from either streaming on less-than-ideal internet connections to downloading content to a computer, plugging in an iPod or other mp3 player, downloading it there, and then listening. Needless to say, the process was quite cumbersome.

Today, we wake up to podcasts automatically downloaded to our phones in the morning. Bluetooth connections in our car and at home make the listening experience tremendous. Or, most recently, finding your favorite podcast is as simple as saying, “Alexa, listen to Pod Save America.”

Which brings us back to radio. For decades, radio has led the media industry in audio entertainment. If anyone knows how to do it right, it’s us. Coupled with audio technology that can bring radio brands back into the home, seamless integration into our cars, and our culture’s expectation of interactivity and the “now,” the upside to podcasting is unquestioned.

Obviously we still have a lot to learn at Federated when it comes to podcasting. As with the early days in any project, revenue can be elusive. That said, it also allows us to be creative in the ways that we think of monetization, from live reads to interstitial ads to content marketing on behalf of clients (think the Saturday morning financial show). While the money aspect might not be set in stone yet, we do have one advantage that is only created organically: people love the format.

The bet Federated Media made is one that we’d make 100 times out of 100. We believe not only in the power of podcasting for our own radio brands, but for clients as well. The combination of being professional entertainers with a commitment to adapting to an interactive and on-demand culture makes for a high upside.

The growth potential in podcasting is undeniable. Now, let’s get to work.